I had the opportunity last week to interview Murray Harms from Queensland Australia, and talk to him about his home made Iron Man Suit. He built it with his son for Halloween and as you can see below, it looks pretty amazing.

What inspired you to make the suit?

Well each year my 22yr old son hosts a Halloween party. This year he decided he was going as Iron Man and went about making himself the suit.

I got involved because he asked me to help build some electronics to work the visor on the helmet – it got a bit bigger from there with lights for the eyes and ARC reactor. 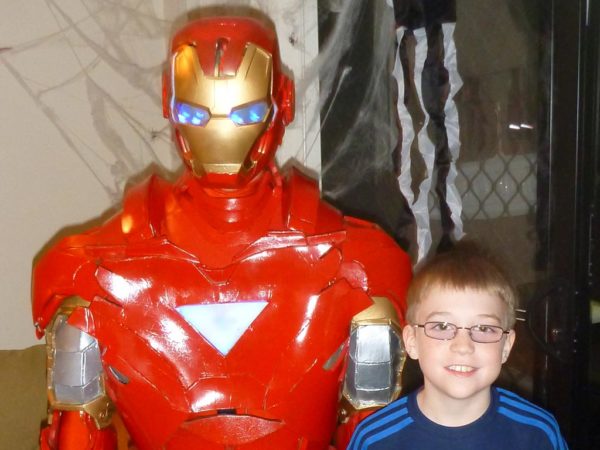 What materials did you use?

The suit itself is made from PVC and latex matting (same stuff used for Yoga mats). The design is based on Pepakura (paper models) model patterns, suitably modified for the thicker material. The helmet is part foam, and part of a hard plastic mask I brought from Toys R Us.

There is a whole community out there who build all sorts of suits, and patterns are freely available – always wanted a Star Wars Storm Trooper suit myself, so this has inspired me to have a go. Warning though, be prepared to burn many hours, my son started months ago and there is 100+ hours in the build. 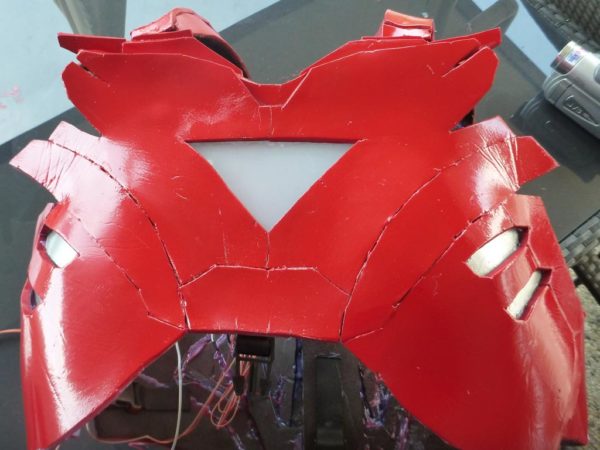 What elements were driven by the Atmega168?

The Protostack board pretty much controls all the electronics in the suit. The board monitors one input, the Visor Up/Down Switch and drives 2 outputs, the Visor Servo (PWM signal) and the Visor Eye LEDs. Originally I was planning to build simple circuits to do all the controlling, but I was glad I ended up using the Protostack board – it allowed the flexibility needed when tuning the up/down position of the Servo and programming delays into the eyes so that they only turn on after the visor has closed. The Visor Eyes On/Off signal drives a fader circuit, so that once the visor is closed, the eyes fade on – pretty cool.

The ARC reactor has a similar fader circuit wired directly to the on/off switch so that it fades on as soon as power is applied. The Power and Visor switches are mounted on the forearm of the suit. 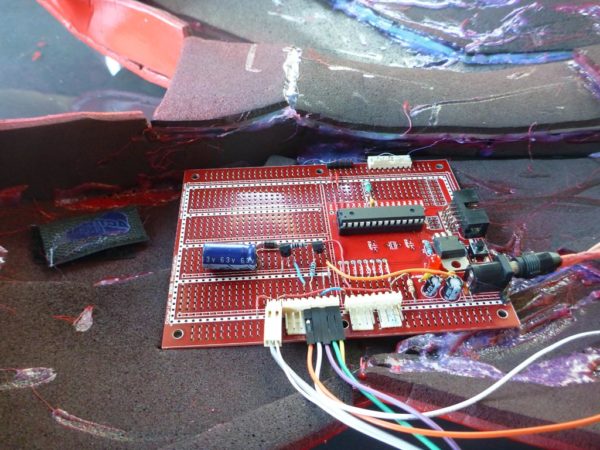 What design challenges did you face?

The challenges, not unexpectedly, were all around the mechanics of the build. The hinge mechanism for the visor had to be specially made and the physical mounting of the LEDs for the eyes were troublesome. Also just the positioning and integration of everything into the suit (positions of connectors so that the suit could be put on; routing and length of the wires) took much more time than expected – thought that would be fairly trivial. Also I have a top tip – get yourself a good set of crimpers – I only had a small pair of pointy nosed pliers, which in the hands of the ham fisted results in the destruction on many connectors.

The electronics side of the build was straight forward and didn’t take much time to get working on the bench. The small circuits I had to build were simple and the software is derived directly from the Protostack tutorials (e.g. the PWM signal for the servo derived directly from tutorial on controlling LED brightness). It was a pleasure to work with the Protostack kit – worked as advertised and all the supporting instructions were clear and worked first time. 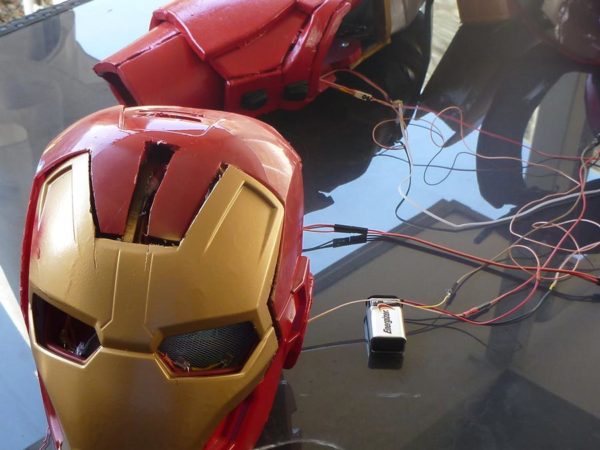 What would you do differently next time?

From a project planning perspective… allow more time for the integration of the electronics into the suit, allow heaps more time for building anything physical, much care has to taken and plenty of time needed to allow glues and resins to harden. For trickier mechanical things (such as the visor hinge) allow for a prototype to be built first before the real one, very hard to get it right first time.

From a componentry perspective, the only thing I would really change are the LEDs for the eyes, I should have used strip LED lights, which would have been perfect for what I was trying to do. I actually had some, even had them out at one point, but for some reason didn’t use them, only afterwards it occurred to me.

If time allowed I would have added a sound circuit to randomly play some Jarvis sound bytes and sound effects (e.g. jet engine spooling up on power up). 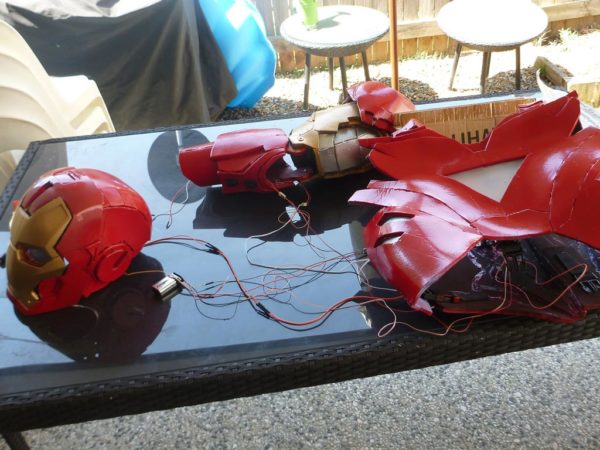 Can you point us to any resources you found handy?

Good sites for the Pepakura patterns and advice:

Sites for the helmet design: 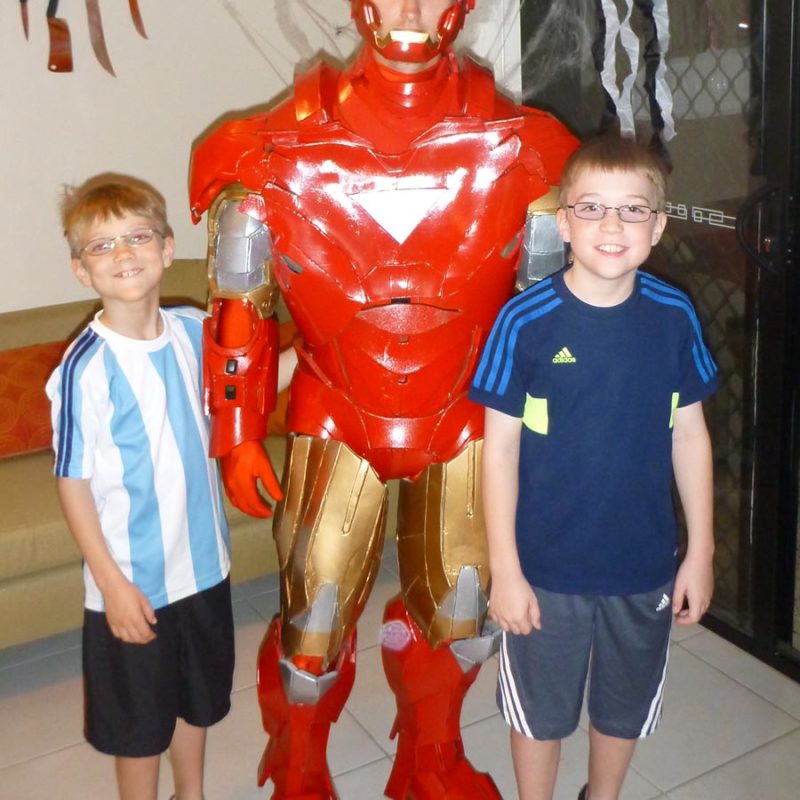 The suit in action

The video below shows the suit in action.

What about more projects?