A lot of ATmega8 tutorials will use a “Hello World” program which consists of an LED that blinks at 1Hz. For this tutorial we will build on this and have an LED that blinks 3 times when a button is pressed. The first thing we need to do is add the LED and button to the breadboard.

The images below shows the schematic and the components on the breadboard. 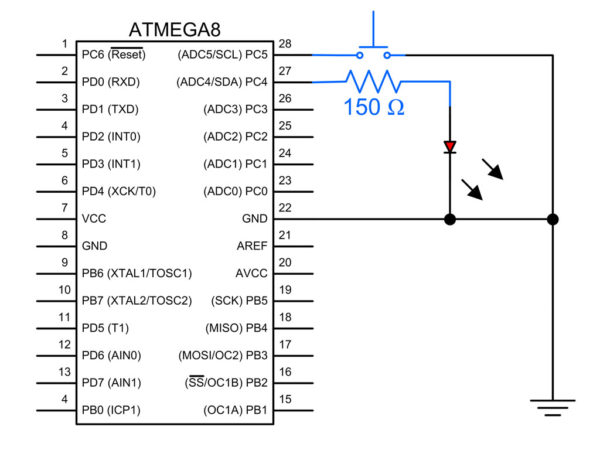 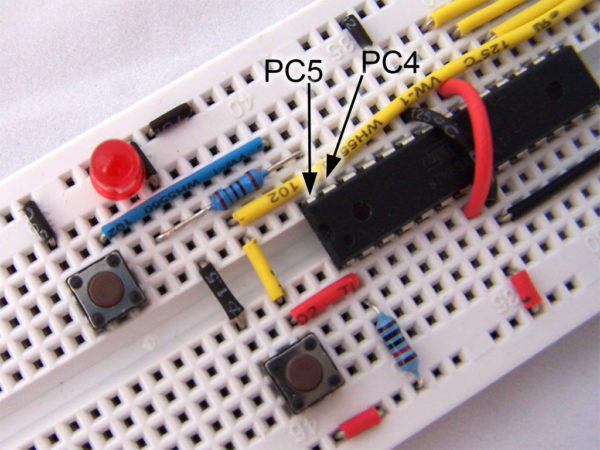 The PC5 pin will be “pulled up” and when the button is pressed, this will ground the pin and initiate the blinking of the LED. The LED is connected to PC4 via a 150 ohm resistor. I calculated the resistor size using the LED Resistor Calculator on ohmslawcalculator.com.

To write the firmware, we will be using WinAVR. This is a collection of tools that includes AVR-GCC compiler, AVR-LibC, AVRdude and more.

WinAVR has a utility called “mfile” which makes it easier to create a makefile. From the “Makefile” menu, select the following options then save the file in a folder for this project.

The F_CPU entry specifies the microcontroller clock speed and is used by the _delay_ms function. The ATmega8 out of the box runs on a 1MHz internal clock, but this can be changed if required.

To compile the firmware 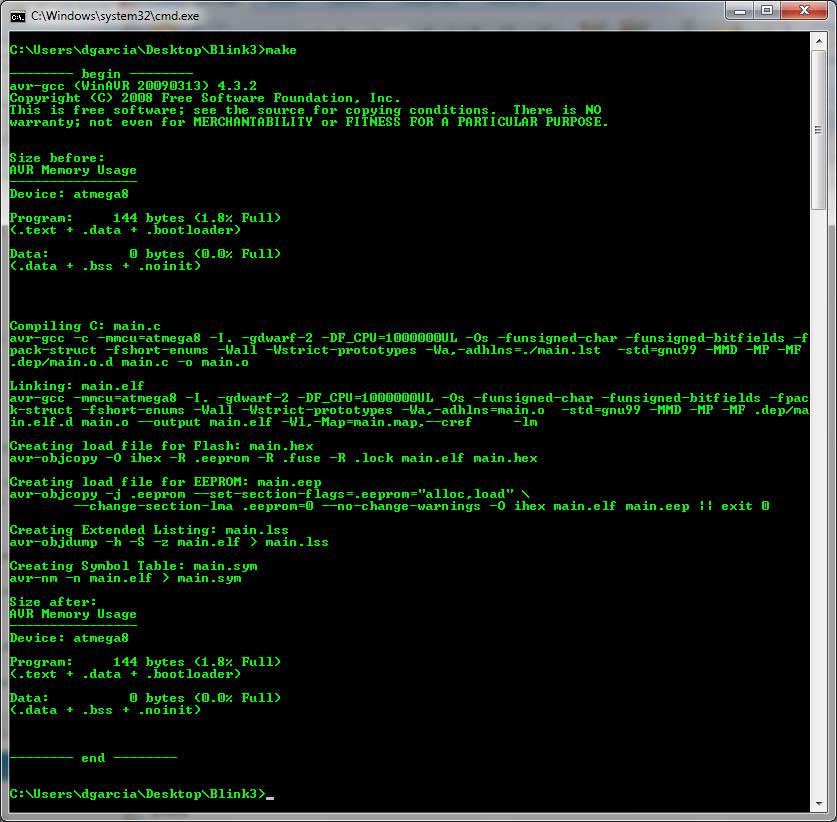 To upload you firmware, first connect the USBASP Programmer to the USB port and breadboard circuit as shown in the photo below. 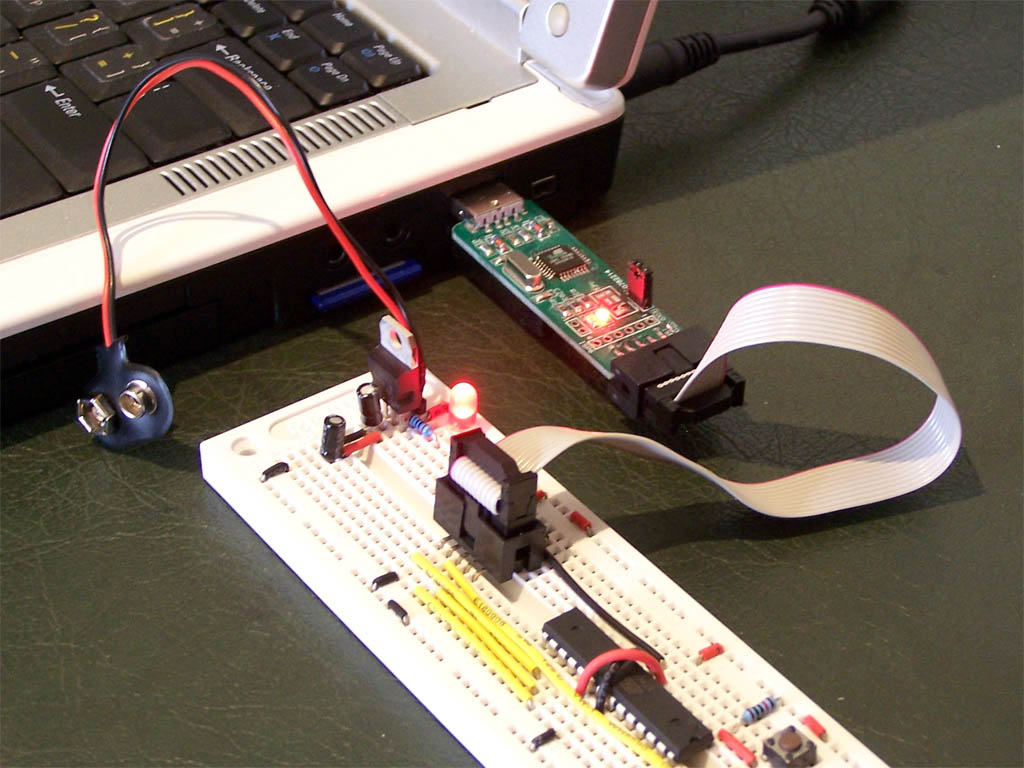 In the command prompt enter the following command then press enter 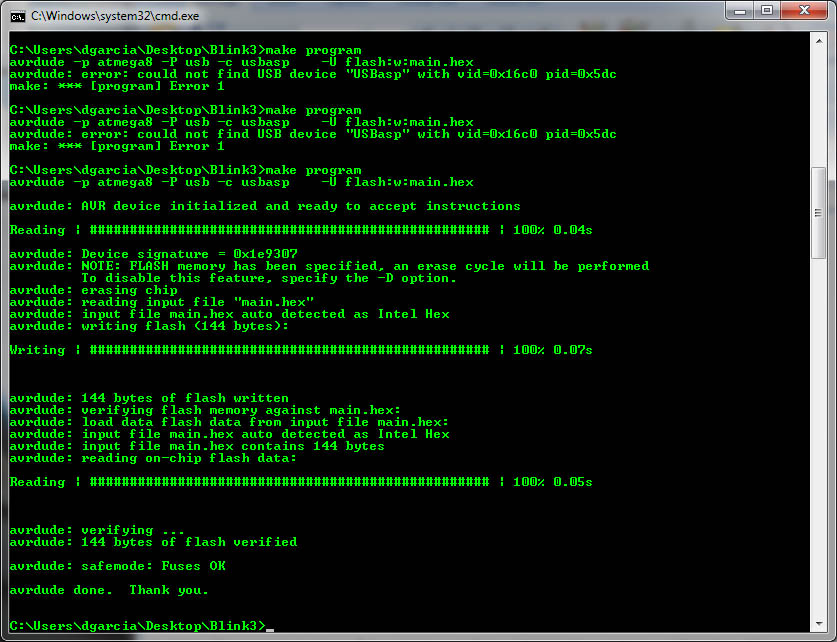 The system should now be ready for testing. Connect it up to your power source, press the button and watch the LED blink 3 times.

This tutorial continues on from ATmega8 Breadboard Circuit - Part 1 where we build a...

How do you bring power to a AVR 28 pin Development Board? The first method...

Dimming an incandescent bulb is easy. Simply adjust the current down using a potentiometer and...